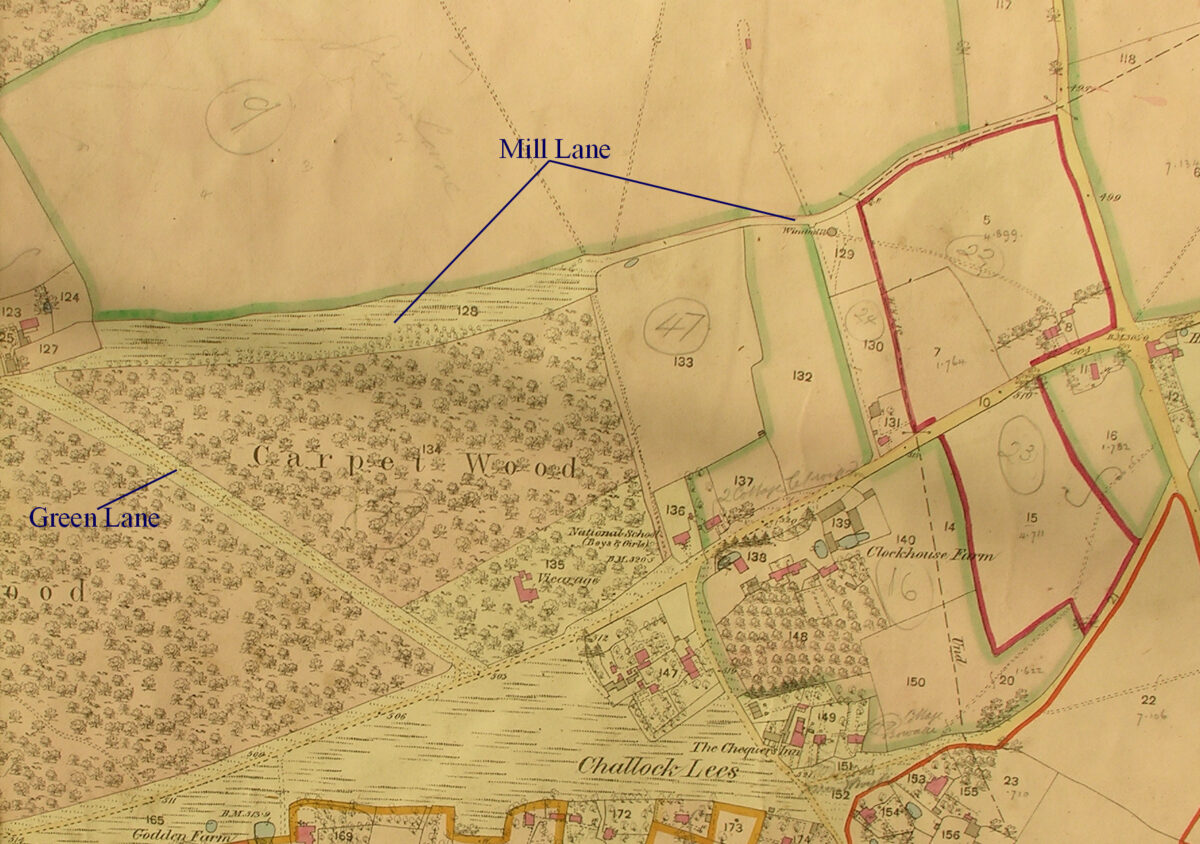 This is the period of the great plague or bubonic plague, also referred to as the Black Death. It started in the British Isles in1348 and killed nearly a third of the population.  It is believed that Challock did not suffer too badly, perhaps due to the village being on the side of the hill and subject to cleansing breezes.  There are also suggestions that this was the cause of the village moving up the hill away from the church, but this almost certainly occurred later due to the closure of the road from Eastwell.  (See 16th Cty)

It would seem that the first of the two windmills which stood in Challock was built sometime during this period.  Both this mill and the one which followed it in 1709 (see 1700’s) were near Mill Lane. Today in 2006 Mill Lane is in two halves, one half going from Green Lane eastwards and the other half from Faversham Road westwards. The old map below left shows the later windmill site just below Mill Lane and the older mill was at the end of the dotted track running up the map.  If you click on the maps you will get a full size version.  The map to the right shows Mill Lane and it’s position to the village. 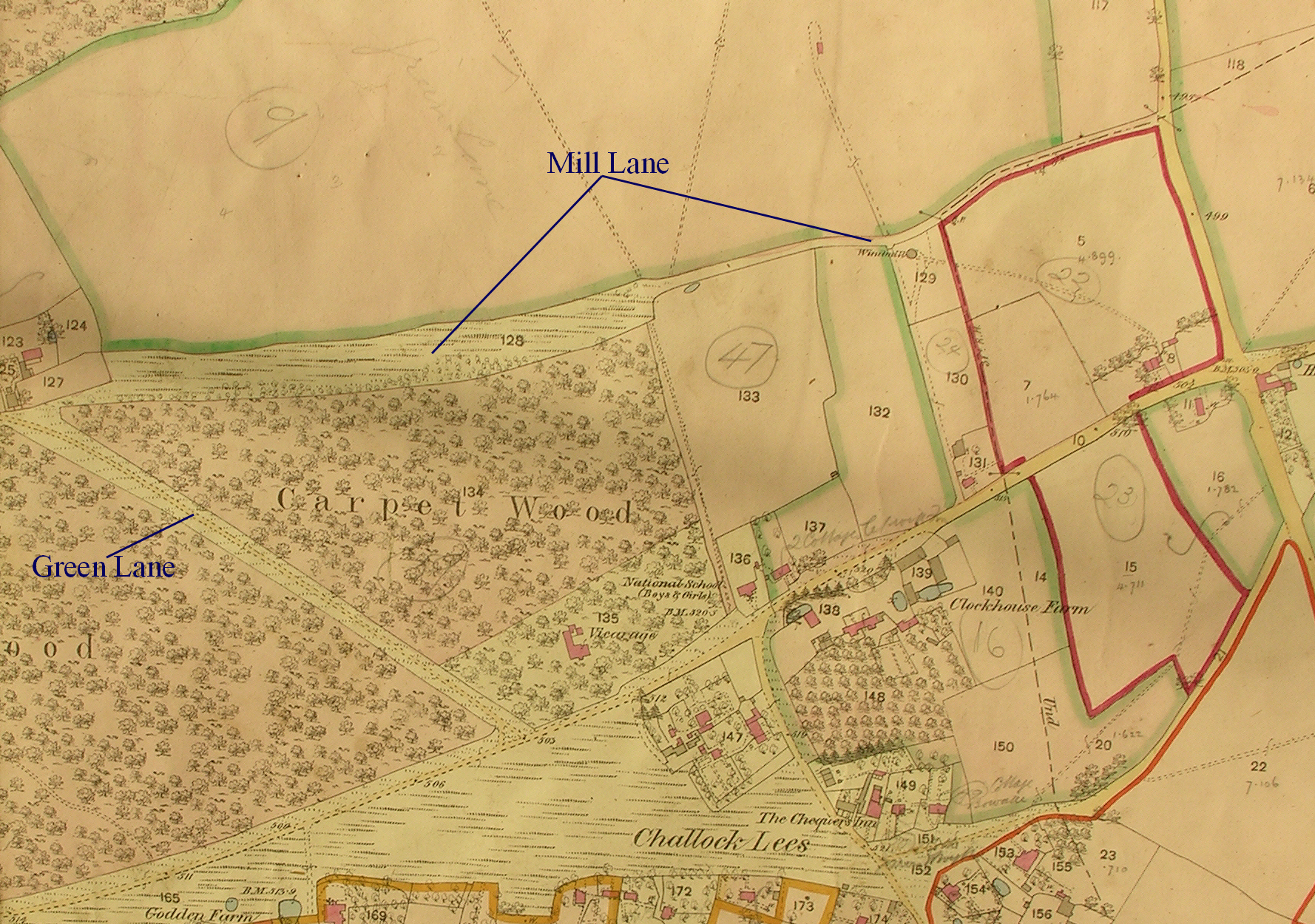 There are a number of references to the Challock Windmills on the internet.